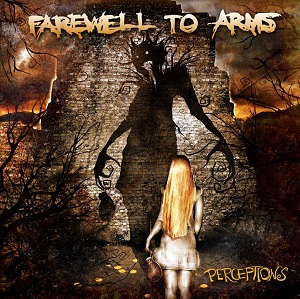 FAREWELL TO ARMS are going to release their debut album on November 23, 2012 via Massacre Records!

“Perceptions” was recorded at the Weltraumstudios in Munich with producer Corni Bartels (Hackneyed, End Of Green), who is also responsible for the mix and mastering.

The album will feature guest vocals from The Sorrow’s guitarist/vocalist Mätze!

Enjoy the album artwork below and watch trailer HERE.

Don’t miss FAREWELL TO ARMS live this month at the following dates: