U.S. Progressive Metal pioneers FATES WARNING are soon to unleash their first studio album release in about a decade! Entitled “Darkness In A Different Light”, the album will be released on September 30th, 2013 in Europe and October 1st, 2013 in North America via InsideOutMusic.

In order to introduce the upcoming album, a new song entitled “Firefly” is being launched as of today via the website of UK’s Classic Rock magazine. Check it out here: http://www.classicrockmagazine.com/news/fates-warning-exclusive-premiere-firefly/ 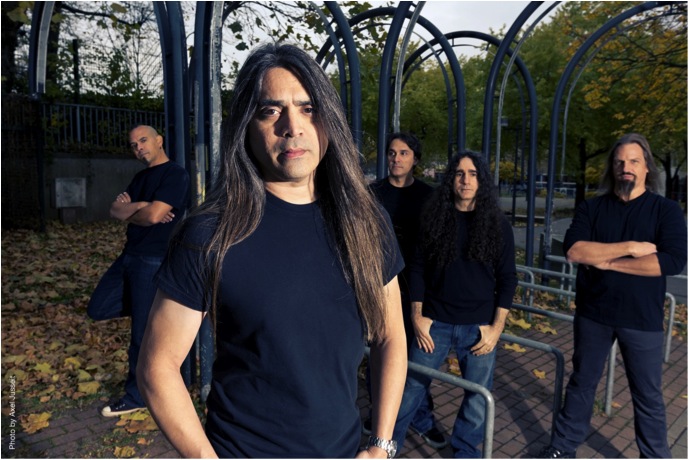 FATES WARNING vocalist Ray Alder checked in with the following comment about “Firefly”:

“Firefly” is very personal to me in more ways than one….
After I had written the melody for this song, I knew immediately what the title was going to be, as well as the subject, it just fit the mood. As for the subject, I’m pretty sure we’ve all felt this way at one time or another. Sometimes things just don’t work out the way you think they would, but that’s okay, that’s part of life…We move on. Ironically, while recording “Firefly” in New Hampshire I was outside the studio late one night, and there they were, floating through the trees in the forest! I hadn’t seen a single firefly for at least fifteen year since I had left my hometown of San Antonio TX, so I kinda took it as a sign, a sign of what, I don’t know…
But very ironic nonetheless…

The tracklisting for “Darkness In A Different Light” reads as follows:

Next to the standard CD jewel case and the Digital Download format, “Darkness In A Different Light” will also be available in Europe as 2CD Mediabook edition and as Gatefold 2LP version with the following four bonus tracks:

The album was produced by Matheos and mixed by long time FATES WARNING engineer Phil Magnotti, while mastering was handled by Maor Appelbaum at Maor Appelbaum Mastering, California.

The artwork for the album was designed by Conte di San Pietro.

FATES WARNING have headlining touring runs confirmed for October in Europe and November/December in North America, with further live activity to follow in 2014. Here are all the dates announced so far:

FATES WARNING – Inside Out (Re-Issue)

Hot News: Metal Blade to re-issue Fates Warning´s ‘Inside Out’ album as a 3-disc-package!

Hot News: Metal Blade to release Fates Warning classics ‘Night On Bröcken’ and ‘The Spectre Within’ on gatefold vinyl!