After signing with FDA Rekotz earlier this year, Berlin-bred DM lunatics DEHUMAN REIGN are set to make an explosive debut with the 20-minute mini-CD Destructive Intent. This young band is composed of experienced musicians who cut their teeth on the finest and fastest classic American-styled Death Metal gurus such as Suffocation, Immolation and Deicide. Destructive Intent was mastered by Matias Ahonen at Finnish Audiamond Studio (Solstafir, Hour Of 13) and offers an authentic DM sound that pummels the listener into lifelessness.  The album’s cover art was masterfully drawn by Dedy of Badic Art (Demonical, Goregast, Skeletal Remains). Each CD purchased comes with a DEHUMAN REIGN logo sticker and the first 100 orders will get a free poster of the cover art. Vinyl treatment for Destructive Intent is coming soon. CDs and t-shirts are now available for pre-order at www.fda-rekotz.com. 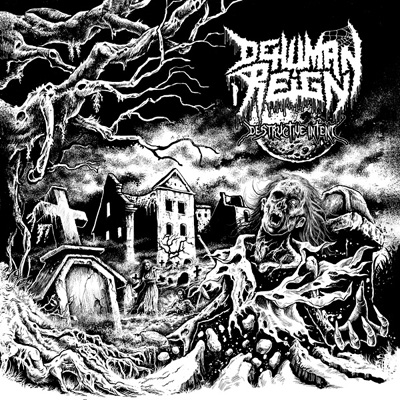 Stream album track “Masks of Sorrow” at this location.

Wiesbaden’s WOUND, whose 2012 demo, Confess to Filth, received  Demo of the Month honors from Rock Hard Magazine and earned the band spots on this year’s Extremefest and Party San Open Air, make their full-length debut with Inhale the Void. WOUND comes from the dirty, fat, punky and nasty school of classic death metal that falls somewhere between At The Gates, Asphyx, Necrowretch or even Wolfpack. Inhale the Void was recorded at Haunted Studio and mastered at Soundsight Studio. The first 100 CDs purchased through FDA’s mail order will come with a free 420g Stonepaper postcard. The vinyl version of Inhale the Void will come from Weed Hunter Records. Pre-orders for the CD, vinyl and t-shirts are being taken at www.fda-rekotz.com.

The band has posted the song ‘Codex Arcanum‘ at this location. 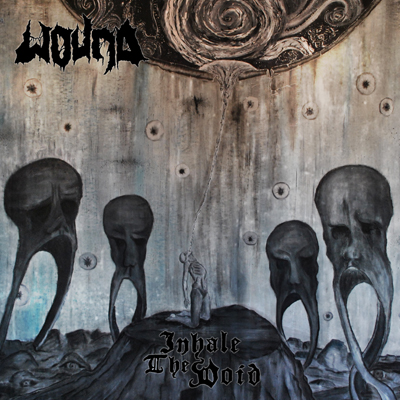