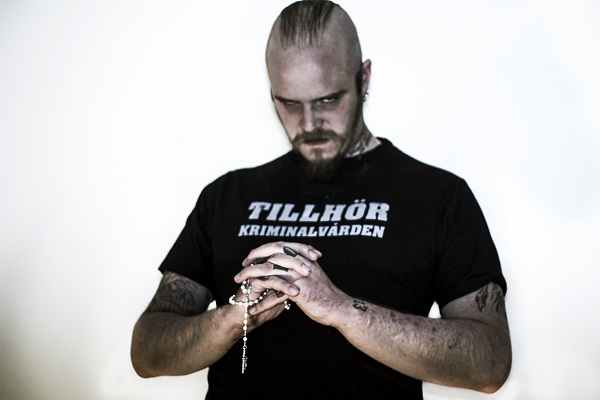 Swedish film maker Martin Strandberg is set to accompany Niklas Kvarforths’ SHINING on their upcoming headlining European tour where he will film more footage and interviews for the documentary he is making about the band. Work on the documentary, which traces SHINING’s often turbulent history, was begun earlier this year, and is expected to finish in time for a general release towards the end of 2014. A second video teaser featuring CARPATHIAN FOREST’s Nattefrost and Anders Kobro can be seen at http://youtu.be/DQvomP-SSTA

Whilst being the subject of the documentary, founder and frontman Niklas Kvarforth is keen to emphasize that SHINING itself has no input or influence whatsoever on the content. “The documentary was entirely the idea of Martin Strandberg, and, other than being interviewed for it ourselves, we have no hand in it at all. All we know is that family, friends, former band members and who knows who else are contributing, but what they’re contributing we will have to wait to find out along with everyone else”.

The Razors Across Europe tour will hit the road on the 22nd November, and accompanying SHINING, whose latest release “8 ½ – Feberdrömmar I Vaket Tillstånd” appeared on Dark Essence Records in September, will be fellow management roster members CREST OF DARKNESS from Norway, also touring with their latest release “In the Presence of Death”, as well as Germany’s STERBHAUS. Routing for the tour as follows:

More information about SHINING can be found at www.shiningasylum.com

Tracks from SHINING can be heard on the band’s SoundCloud page at http://soundcloud.com/shining-official/tracks