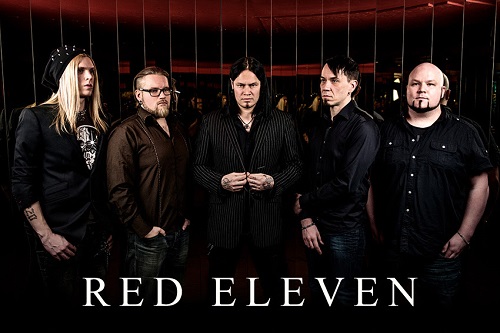 We are very proud to announce the signing of Finnish alternative rock/ metal act RED ELEVEN to the Lifeforce Records roster. The first step of our collaboration with RED ELEVEN will be a digital single released 20th of June 2014. Following that, the band’s second album will be out in early fall 2014.

Lifeforce Records owner Stefan Lüdicke about the signing: “Being a huge Faith No More fan, Red Eleven with their very own interpretation of their sound is a band that exactly hit me to the heart! The feel for great melodies and songs is just amazing! These guys know how to rock!”

Former/present bands of RED ELEVEN‘s members include names like Machine Men, Swallow the Sun, Code For Silence, Sons Of Aeon, Dark Days Ahead, Plutonium Orange, Manufacturer’s Pride, Dead Cult Diaries, Turta and so on, so there’s plenty of touring and studio experience among the group.

Check the band’s video for “Stuck On This Feeling Of Feeling Nothing” off their last album “Idiot Factory” HERE.

The story of RED ELEVEN began in 2009 under the name ‘Project Red Eleven’, when Teemu Liekkala and Tony Kaikkonen (Sons Of Aeon, Code For Silence) demoed a couple of songs together. Then one fine day in the summer of 2011 Tony played these songs to his buddies Pasi Pasanen (ex-Swallow The Sun, Sons Of Aeon) and Petteri Vaalimaa. The guys instantly thought “This should definitely be a real band!”. Thus, finally in January 2012 the “project” -prefix was let go and RED ELEVEN started rehearsing. J-V Hintikka joined the band very soon when he heard they need a second guitarist. After 2 months of intensive rehearsing, they started recording their debut album ‘Idiot Factory’.