Lifeforce Records is proud to announce the signing of extremely talented female fronted metal act SHEAR. Hailing from Helsinki, Finnland the six members of SHEAR have already played in familiar Finnish metal bands such as Amoral or Elenium.

The current lineup of SHEAR was finalized in 2008. The members have, however, played together for many years. The guitarists Mikael Gronroos and Lauri Koskenniemi, and keyboardist Lari Sorvo have played together since 2001. Bass player Eerik Purdon joined the group in 2004, and the drummer Juhana Karlsson in 2007. The band?s lineup was finalized in 2008 when vocalist Alexa Leroux joined the band.

SHEAR‘s first official release is the four track EP entitled ‘In Solitude’. The EP was recorded and mixed at Arcada Studios in the fall of 2009 by guitarist Mikael Gronroos.’In Solitude’ was mastered at the famous Chartmakers studios. The ?In Solitude? – release is a demonstration of a fresh approach to female fronted metal. The catchy and melodic vocal lines combined with the heavy and technical instrumental soundscape is what makes SHEAR stand out. SHEAR‘s music is easily approachable for a regular listener, but also intriguing to a more experienced and demanding listener.

The band’s already recorded ‘yet untitled’ Lifeforce Records debut album is set to be released in March 2012. 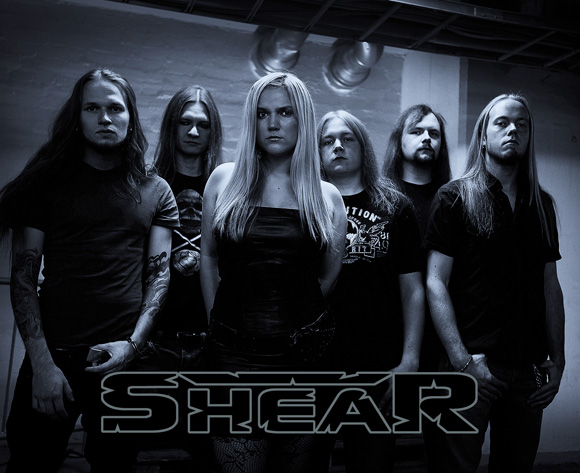