For over 20 years, National Napalm Syndicate has been thrashing out and defying the trends every time they infect the scene. Now, they have returned with a renewed burst of power and extremity, preserving the unadulterated force behind true thrash, bringing it to a new decade and generation desperate for a wake up call.

The original members drummer Pasi Pauanne and vocalist Aku Raaska are rehearsing with the band for some summer live dates and possible studio sessions next autumn.

The only change to this thrash behemoth is the departure of guitarist Markku Jokikokko in order to focus on other musical pursuits. A fitting replacement, Harri “Hapa” Lampinen, has come into the field. A seasoned metal player, he has worked with Finnish doom metallers Saattue. Want to see the new line up’s crushing brutality first hand? Get over to Steelfest and as an added bonus bang
your heads to Destruction and Sodom! 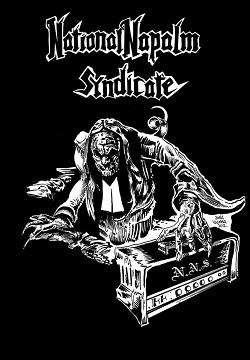