Like we’re all equal again was released on CD by the end of January 2014 via Unquiet Records. It contains an original combination of post-rock and sludge with post-hardcore elements, in the vein of Isis or Cult of Luna. The main lyrical subject of the album is war the moral consequences of violence, described from the victim’s as well as the aggressor’s point of view. 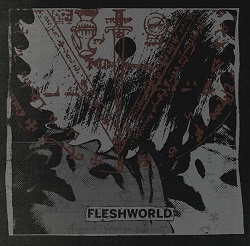 Tracklist:
Like we’re all equal again
Hereinafter
Chant of Many Voices
Dust Eater
The Collapse
The Infinite

The album can be streamed in its entirety on Bandcamp

Fleshworld have delivered a truly stunning debut album that will appeal to all fans of Sludge/Post-Metal. If you want something to excite you from the word go then I recommend you check these guys out now. You won’t be sorry. – The Sludgelord

Either crushed to the ground or down on my knees – I’m begging for more…. – The Nocturnal Battle of Chariots

Starting from a really good place – their debut album is an extremely good one. – Nie Znasz Tego

Like we’re all equal again is the best album of the year in this particular genre. – Metal RuleZ

It’s the sound of a band fully engaged with their sound and each other and writing some very good pieces. – All Whats Rock

Like we’re all equal again – order your copy HERE