It has been a long-time coming, but atmospheric Scottish rockers Flood of Red are extremely pleased to announce the release of their much anticipated sophomore album ‘Throw’ on the 30th June 2014, the artwork for which can be found below. Graham Griffith from the band had this to say:

‘Our new album Throw is a collection of songs we’ve been working on for a few years through some difficult and testing times. Mostly recorded in Brighton last summer it has some of the heaviest music we’ve ever written along with some of the most melodic and beautiful I think we’ve ever written. I am excited to get out there and start playing it to people, it’s been a long time since we’ve toured and with our new line-up and the new songs we have a lot to show off. We can promise a different Flood of Red experience to any that have gone before.’ 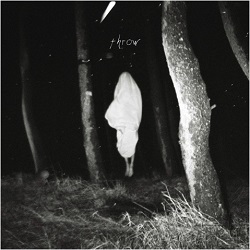 The band are also pleased to announce a string of UK tour dates, including an appearance at the Camden Rocks Festival in May.

Those dates can be found here: