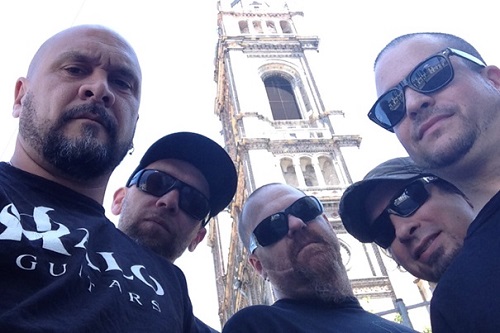 US Thrash Metal institution GENERATION KILL have just revealed the cover artwork and tracklist of their forthcoming new record »We’re All Gonna Die«, which will be out November 15, 2013 via Nuclear Blast. The band, that gathers vocalist Rob Dukes of EXODUS, former PRO-PAIN / M.O.D. member Rob Moschetti on bass guitar&backing vocals alongside Jason Trenzcer of MUTILATION and Jason Velez on lead guitars with James DeMaria of MERAUDER on drums, has just recently signed a worldwide deal with Nuclear Blast. 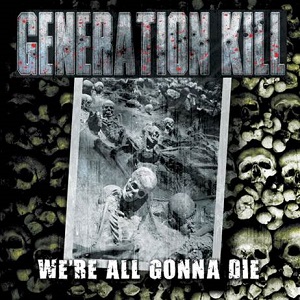 The tracklist of »We’re All Gonna Die« reads as follows:

Commented vocalist Rob Dukes on the upcoming publication: “We called this album »We’re All Gonna Die« because for the most part the lyrics are about the darker side of the existence of humans on this planet. The album as a whole is so diverse, drawing from our influences that we grew up on, we achieved our goal of creating something that we all are so proud of, I personally think this is the strongest vocal performance of my career, and as a band we can’t wait for the hard rock/metal world to hear this album.”

Hot News: Generation Kill – reveal an insight on the creation of »We’re All Gonna Die«