On July 5, 2013 the long-awaited debut album Ecstasy of God from Ludwigshafen, Germany-based technical death metallers SPHERON will be out on Apostasy Records.

This challenging and absorbing album was produced together with Christoph Brandes at the Iguana Studios (e.g. Necrophagist, Deadborn, Imperium Dekadenz, etc.). The breathtaking cover artwork was painted by no other than the famous artist Eliran Kantor who has already worked with bands like Testament, Hatebreed, Sodom and Atheist.

Album track “Saturnian Satellites” is streaming at this location. 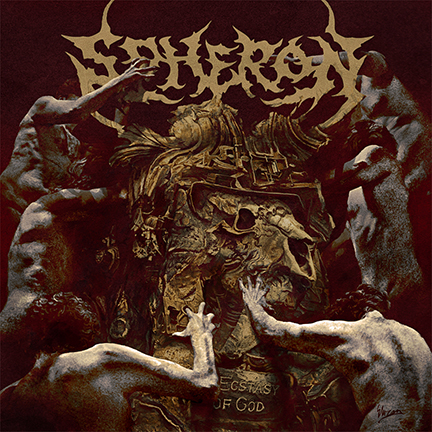