Seven years after the release of “The Uncreation”, Black Metal’s WRITTEN IN TORMENT returns with its debut full-length album “Bellum Omnium Contra Omnes” which sees its release on the UK label Glorious North Productions on the 14th May.  The ten-track album was recorded, mixed and mastered by BAL SAGOTH’s Jonny Maudling at his Wayland’s Forge Studios.  Maudling also performs session keyboards on the album.  “Bellum Omnium Contra Omnes” is released in CD version with a twelve page booklet, and is also available for digital download in various formats, including high quality MP3 and FLAC.  The entire album is streaming on BandCamp and can be heard at http://gloriousnorth.bandcamp.com/album/bellum-omnium-contra-omnes 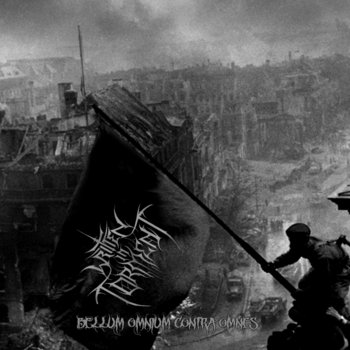 Formed in the UK as a solo project by Leviathan, WRITTEN IN TORMENT gave him the opportunity to write and perform his own musical vision, as opposed to having to follow the dictates of the various bands for whom he had been a drummer. A self-taught guitarist, Leviathan drew his initial inspiration from bands such as EMPEROR, DISSECTION and ABYSSOS, and went on to add influences from classical composers as well as Thrash and other forms of metal. “Whilst I do have external influences, which musician doesn’t,” says Leviathan, “my compositions are all very much about what I am feeling at the time I am writing them, so each piece always has its own identity and feel to it. Commenting on the new album, the multi-instrumentalist, who performs all vocals, guitars, bass and drum parts, says: “Bellum Omnium Contra Omnes”, which translated from the original Latin means “The War of All Against All” focuses heavily on the subject of warfare throughout the ages, something I am particularly interested in. It’s a cataclysmic soundtrack to the art of war from the Crusades through to nuclear attack, as well as an exploration of human suffering and a nod in the direction of biblical mockery”.

More information about WRITTEN IN TORMENT can be found on the band’s Facebook page at https://www.facebook.com/writtenintormentofficial