The heroic fantasy power metal band GLORYHAMMER is the new project formed by Christopher Bowes, the mastermind behind pirate metal sensation ALESTORM, with a desire to explore the more symphonic and epic side of metal. The band’s debut album “Tales from the Kingdom of Fife” will tell an original story based in an alternate-history medieval Scotland, where magic and dark sorcery reigns supreme. The album is tentatively scheduled for a release in late 2012 and will be recorded at LSD Studios in Germany! GLORYHAMMER shall be a band like no other…prepare for the epic battle of a lifetime! 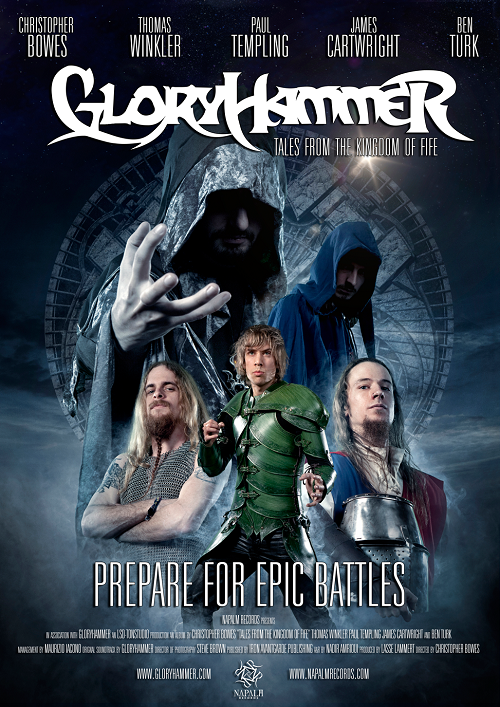 GLORYHAMMER – Tales from the Kingdom of Fife