GRAND MAGUS is coming on European tour in February 2013. The band will be supported by Angel Witch and ENFORCER. With their sixth studio album “The Hunt”, Swedish riff gods GRAND MAGUS reported back impressively in May this year! The trio from Stockholm has always consequently sticked to its own path of evolution without ever leaving behind the gathered experiences – they’ve never casted off their early days’ pumping groove nor their love for epic doom or extreme metal. These trademarks are now being paired with traditional riffs and melodies that rock in the same qualitative league as Judas Priest or Dio have. Now, the fantastic live band is going on the road again! 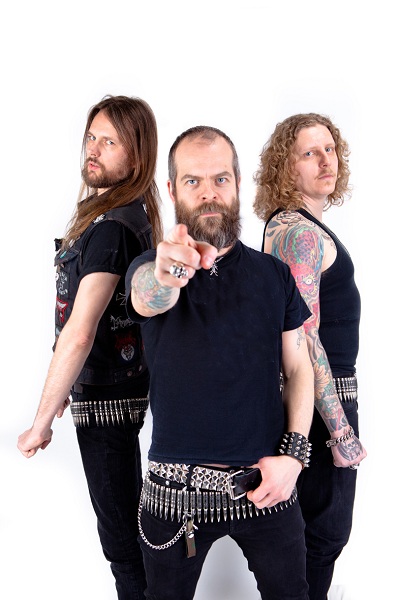 JB from GRAND MAGUS about the upcoming tour:
“Hellfire! 2013 starts with metal on metal. Can you take this? We will bring our latest album “The Hunt” on the road and conquer Europe. Germany, Austria, Italy, Switzerland and Holland – be prepared for some mighty headbanging tunes and sweaty riffs. The Magus is thrilled to have our brothers from Angel Witch with us on this venture and Enforcer opening up the fight! Remember: Blood will stain the land – as the hunt will take command! See you all in February.”

Tickets will be available soon at www.hardticket.eu.