Death Curse features over 35 minutes of powerful death metal in the old-school vein and includes guest appearances from some of the biggest legends of death metal. Chris Reifert and Eric Cutler of Autopsy and Kam Lee (Massacre, Death and Bone Gnawer) all made contributions to what threatens to be one of 2014’s most skin-grating albums. Death Curse features artwork by Christopher Moyen (Incantation, Blasphemy and more). 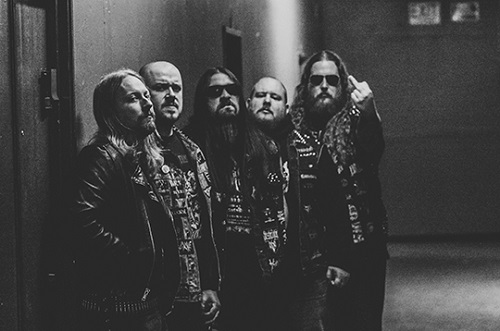 Vocalist Mike Abominator had this to say about Death Curse, “We have some filthy fucking death metal terror here with “Death Curse”.These are the things of nightmares, the stench that makes you puke. This is what this album will make you do when you hear it. We are going with the raw, putrid and dismal live sound this time, to try and capture the feel of one of our live show performances, of which we feel hasn’t been represented  with our releases so far. Expect the same rotten and old school death metal from us. Fuck triggers! Fuck trends! Fuck technical bullshit! Fuck progress! AND FUCK YOU!” 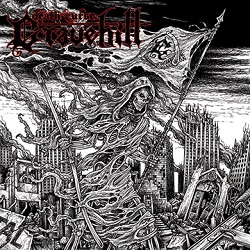 GRAVEHILL – Rites Of The Pentagram / Metal Of Death