Mike Abominator, vocalist of California death horde GRAVEHILL, makes a return to the airwaves with Hellheim Radio on the Razor Radio Network on Saturday, January 11.

Join Mike tomorrow at 4 pm PDT as he blasts through an all-out assault of death metal classics and favorites. This installment of Hellheim Radio will feature a call-in segment by CARDIAC ARREST / SEVERED guitarist Tom Knizner, as well as the world premiere of “Rights of the Ululatus,” the new tune from PDX blackened trash maniacs DEAD CONSPIRACY. Don’t miss a minute of the madness!

Hellheim Radio is sponsored by Metal Maniacs, Bionic Records and Clawhammer PR and features two hours of total death! Hellheim Radio will also be available on iTunes. To listen, tune into KXRZ The Razor at the link below.

Get updates by following the show’s Facebook Event Page. 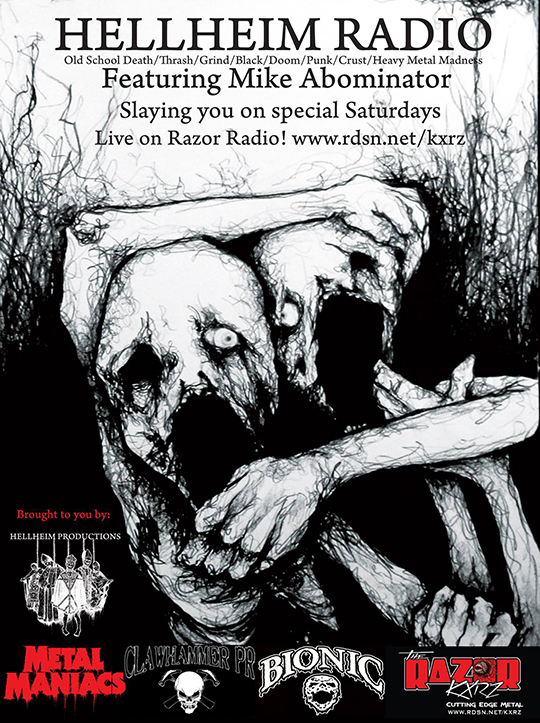 On March 18, GRAVEHILL will release the long-awaited follow-up to 2011’s When All Roads Lead to Hell via Dark Descent Records. Entitled Death Curse, the band’s third full-length promises to be their most devastating. Check out the demo version of album track “Black Blood Rising” at this location.

When All Roads Lead to Hell is available through Dark Descent Records.

GRAVEHILL – Rites Of The Pentagram / Metal Of Death