Check out Pearl and The End of Days, Grayceon‘s forthcoming two-song masterpiece, streaming in its entirety now on Brooklyn Vegan / Invisible Oranges. 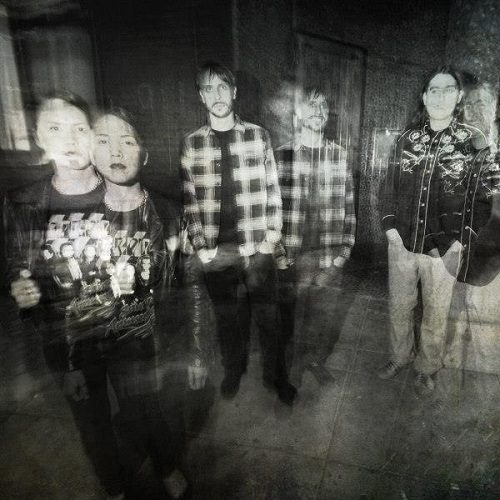 Pearl and The End of Days is a 30-minute album comprised of two sprawling epics that bend the concentration closer toward Grayceon’s rockier roots. Cellist Jackie Perez Gratz commented, “We wrote these songs over the course of the past two years, on the tails of the release of our third full-length, All We Destroy, and a time during which I was pregnant for nine months and my daughter was born. All three of us went into a collective hibernation where we weren’t playing out much and didn’t have any big album plans.” She continued, “Lack of specific goals and immediate expectations gave us the freedom to penetrate a newfound energy in our music. These two new songs, ‘Pearl’ and ‘End of Days’, are the expression of that energy: more rock based, overall faster tempos, and a lighter heart lyrically. The EP embodies Grayceon’s musical style and challenges, but the songs, while taking on a different mood than previous material, still allow plenty of opportunity for head banging.”

Over the course of seven years and three proper full-lengths, Grayceon, which consists of one guitar (Max Doyle), one cello (Jackie Perez Gratz, who, along with her cello, has appeared on albums from bands like Om, Agalloch, Cattle Decapitation, Giant Squid, Amber Asylum and more), and one set of drums (Zack Farwell) has managed to tackle the full spectrum of heavy music’s extensive clutch of emotions. Pummeling sludgy metal quickly carves into fiery post-punk that’s knotted within epic experimental rock, and it’s all blanketed with the additional allure of ample use of mellow stretches to fully round out the pattern. Words such as “enterprising,” “unconventional” and “dynamic” have all been utilized in an attempt to encapsulate the band’s overall design, but the absolute consensus remains: Grayceon thrives as a splendid anomaly amongst an ever-increasing sea of peers.

Hot News: Grayceon – Reveals Cover Art For ‘Pearl And The End Of Days’