Ass kickin’, booty shakin’, whiskey rock ‘n’ rollers GRIFTER have announced their new album is all mixed and mastered, artwork is being completed now and everything will be delivered to Ripple Music for release early in 2014. The album will be called The Return Of The Bearded Brethren and will feature the following tracks. 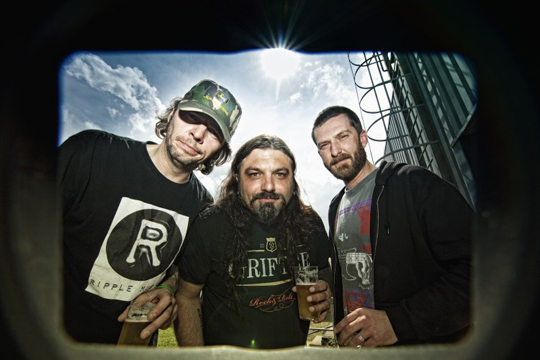 The Return Of The Bearded Brethren will be released on CD, download and vinyl including a limited run of Black & Cream Guinness Splatterwax. GRIFTER will also be working on shows to support the album’s release and the band’s 10th anniversary. Details to come.

And finally, GRIFTER will also be running a competition via their Facebook page once they hit 3,000 likes based around the new album so head over, like the page and start growing your beards! www.facebook.com/grifterrock

In the meantime, here’s a video of the band playing a cover of the classic Black Sabbath track ‘Fairies Wear Boots’ earlier this year at Bloodstock Open Air. Check out the video at: http://www.youtube.com/watch?v=nbgK_Q9gR9E