GunShyAssassin.com has posted a stream of BORGNE‘s “Suffer As I Paid My Grave.” The song, taken from the Swiss atmospheric/industrial black metallers newest release Royaume des Ombres, is available for online consumption at this location.

Royaume des Ombres, which was released worldwide on June 12th via Sepulchral Productions, sees BORGNE return with a vengeance with what is undoubtedly its most accomplished work to date. Moving forward in the darker and more complex direction hinted on Entraves de l’Âme, while still retaining the mechanical hatred and blistering speed fans of the band have come to expect, BORGNE will pummel listeners with nearly 60 minutes of brutal, creepy and suffocatingsongs, while adding an epic twist. The album can be purchased at www.sepulchralproductions.com. 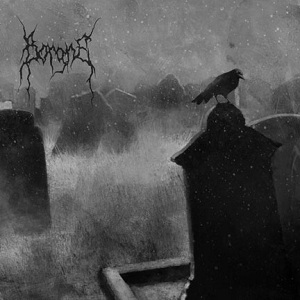 Hailing from Switzerland, and thus being the first group from outside of Québec signed on Sepulchral Productions, BORGNE plays cold, mechanical and inhumane Industrial/Black Metal, as martial as it is hypnotic. Do not expect any lame techno beats here, only blistering Black Metal done in a more “synthetic” way, with a dense, suffocating sound and some dark ambient passages.After thirteen years of activity, five albums and now formed as a live band, Borgne will be headed by: Bornyhake (Enoid, ex-Krigar), XaX (ex-Disaster, ex-Unborned, ex-Sword), Lady Kaos (ex-Ipsum), Ardelean (ex-Krigar, Fosse, Euclidean) and Quaoar (Astral Silence).