Haken recently released their fantastic third studio album ‘The Mountain’ as well as complete a short run of European shows. The band have now revealed a great video for the track ‘Cockroach King’ which you can check out here:

The band had this to say about the video:
‘With Cockroach King we allowed our eccentric side to come to the fore and wrote a song in the tradition of some of our favourite English 70s bands like Queen, The Specials and of course – it’s obviously a huge tip of the hat to Gentle Giant. There’s some 8-string metal riffing in there too and of course Jens Bogren did an amazing job with the mix, It’s a blend of the old traditions and modern sounds that we jokingly refer to as ‘Djentle Djiant’.
The video is also a tribute to a more innocent time before our TVs were dominated by computer animation and hi-definition; a time when things were handmade, wholesome and fun for the whole family!’

Haken also recently announced a special headline show with label mates Maschine, in conjunction with House of Progression and InsideOutMusic. That show will take place on the 24th November at London’s Borderline. Tickets available here: http://www.ticketweb.co.uk/event/YGB0411

The band were also recently invited to play on the first annual Progressive Nation At Sea in February 2014, a cruise masterminded by none other than Mike Portnoy who has given their latest album high praise, proclaiming it the ‘best prog album of 2013!’

‘The Mountain’ is available on several different formats, including a limited edition digipak CD which includes two bonus tracks, a standard jewelcase CD, a heavyweight gatefold 2LP and digital download.

You can head to InsideOutMusic’s shop and order those now: http://www.insideoutshop.de/Artist/Haken/21202

Haken – The Mountain
Out Now 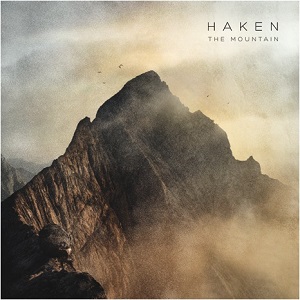