Austrian black metal/post-rockers HARAKIRI FOR THE SKY stream the entirety of their brand-new Aokigahara, recently released by Art of Propaganda, at Zero Tolerance magazine’s website. Hailing from Vienna, HARAKIRI FOR THE SKY was formed by M.S. In December 2011 with the idea to perform black metal that’s rough and melodic at the same time. M.S. wrote and recorded a couple of songs and asked his friend J.J. for lyrical input. That’s when J.J. joined the project as vocalist and HARAKIRI FOR THE SKY was born. During the spring of 2012, the band recorded their self-titled debut album, which was released via ART OF PROPAGANDA in October 2012. At the end of 2012 and into the following year, the band already played a handful of shows with bands like Fäulnis, Heretoir, and Whiskey Ritual which led them to Austria, Germany, and Italy. During the autumn and winter of 2013, HARAKIRI FOR THE SKY recorded their second album,Aokigahara. As a tasty tidbit, Aokigahara contains guest vocals from other noteworthy black metal musicians, such Torsten (Agrypnie), Eklatanz (Heretoir), Seuche (Fäulnis), and Cristiano (Whiskey Ritual). Hear the entirety of Aokigahara for yourself exclusively HERE, courtesy of the UK’s foremost extreme music authority. 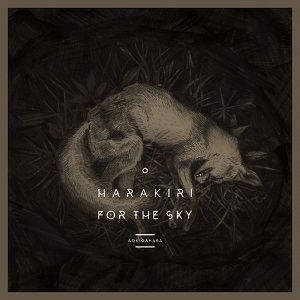