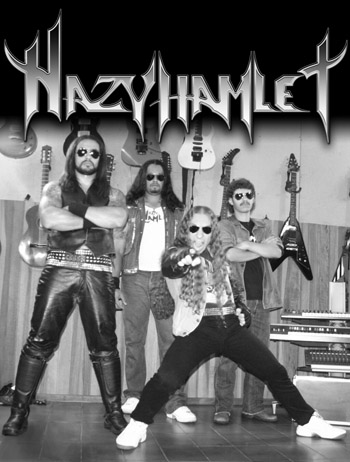 Brazilian Classic Metal group Hazy Hamlet announces return after one long year of pause for the treatment of singer Arthur Migotto. The musician felt obliged to request some time to the band when he had a serious dysphonia in the end of last year.

Arthur needed attending different specialists and several months of treatment to find the right path for recovering. It was only by the last semester that the singer was correctly diagnosed as having laryngopharyngeal reflux and allergic rhinitis simultaneously, illnesses which led to inflammation of the larynx, pharynx, vocal cords and nasal sinus – set of problems that provokes hoarseness and affects singing.

A test/rehearsal last week revealed a promising progress of the frontman’s voice, which despite not yet having 100% of its potential, already brings Hazy Hamlet confidence to resume rehearsals and plans.

Without time to schedule concerts before year-end, the group now focuses on new compositions and on the project of releasing a new album by the middle of 2012.