Last year Headspace, the band featuring Damian Wilson (Threshold) & Adam Wakeman (Ozzy Osbourne, Snakecharmer), released their debut full-length ‘I Am Anonymous’ to critical acclaim with Prog Magazine naming it their album of the month and calling it ‘one terrifically exciting ride.’
The band are extremely pleased to reveal a fantastic new video for the track ‘Die With A Bullet’, created by Achim Bieler whom the band are planning on working with for their new album due for release in the first half of 2014.
You can check the video out here: http://youtu.be/aZ4dG7gUo-g

Headspace have also begun work on their second album, and Adam Wakeman had this to say about the process: “We’ve been busy writing in the early part of this year, conscious that as Black Sabbath started their World Tour in April, that I would be away a lot of the year playing keys / guitar off stage with them. Any gaps in the touring schedule mean we have been focused on getting the new material together. Pete and Damian have been getting together in between their touring commitments to work on recording vocals. Its the same process we followed with “I am Anonymous”, but this time we aren’t going to take 5 years to do it…”
Damian Wilson adds: “The second album is a continuation of the first. ‘I Am Anonymous’ is about the individual, this album focuses on our need to group.”
The band has been posting video updates from the studio, and you can view those below.

HEADSPACE “I Am Anonymous” 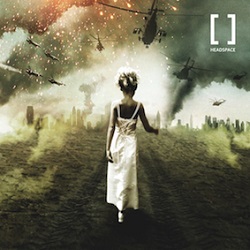