InsideOutMusic is proud to announce the worldwide signing of the progressive metal band HEADSPACE.

“We are so pleased to be joining forces with Inside Out. We have spent a long time making sure that this album is exactly how we want it; and to have a label behind us that fully understands where the band is coming from and what we’re about is incredibly important to us. It’s a perfect match.” comments Adam Wakeman.

HEADSPEACE describe their music as the following: “We’re quite open about our influences because that’s the music that we love. There’s RUSH, YES, GENESIS, a lot of bands. We even give a tip of the hat to DREAM THEATER in a few sections. That’s all a part of what we are.” 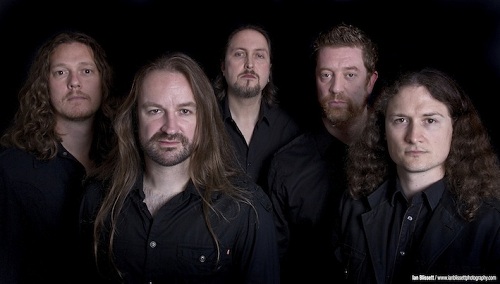 The band began innocently enough; as a way for Wakeman – also a member of the legendary OZZY OSBOURNE’s band – and a close circle of musician friends to reconnect. There were no preconceptions of launching a prog metal band, and certainly no visions of grandeur.

“Indeed, with players like Wakeman – a branch off the Yes family tree courtesy of legendary keysman and father Rick Wakeman – vocalist Damian Wilson (Threshold, Arjen Lucassen) , Lee Pomeroy (Rick Wakeman’s ERE, It Bites) HEADSPACE was destined to go in their “unashamedly prog” direction. People may be surprised to find, however, that for a band led by a keyboardist and vocalist – at least on paper – “I Am Anonymous” is a heavily guitar oriented record.” says the band about the upcoming album.