In true heavy metal style the album will be unleashed this Halloween (31st October 2011) by Candlelight Records The Rotted play Old School D-Beat Death Metal. Dark nihilistic lyrics are spat out over a wall of heavy as hell and fast as fuck music, just like your mother use to disapprove of. The Rotted are the soundtrack for the end of days.

In 2009 a video was shot for the album track ‘Nothin’ But A Nosebleed’ and has been a regular fixture on Scuzz TV and other channels. July 2010 saw The Rotted back in the studio with James Dunkley and the band releasing ‘Anarchogram’, a self-funded, self-released EP on their own label Anarchogram Industries. ‘Anarchogram’ features 2 new songs and 4 bonus cover versions. Each member of The Rotted chose a track to cover that inspired them to play Extreme Metal. 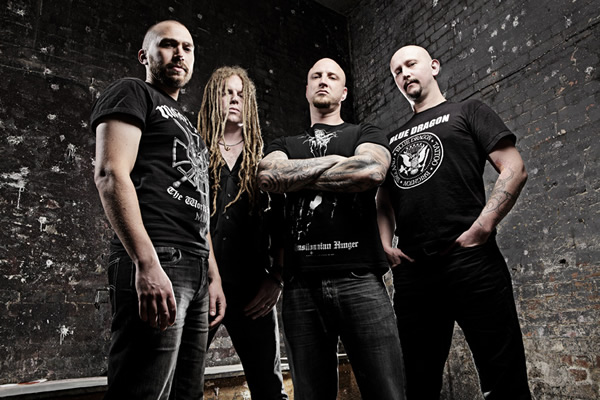 More intense touring followed the release of ‘Anarchogram’, the most recent being a hugely successful 27 date European tour with old school Swedish Death Metallers Grave and USA Grinders Misery Index. The tour kicked off during November 2010 and took The Rotted to every corner of mainland Europe. The Rotted also took park in a joint headline UK tour with Relapse artists Man Must Die in July 2010 and one off UK shows with Napalm Death, Bolt Thrower and Onslaught during Spring and Summer 2010. December 2010 saw The Rotted hit the UK again for a run of headline shows as well as jetting out to Israel to headline shows in Tel-Aviv, Jerusalem and Haifa.

Hot News – The Rotted release 'Apathy In The UK' single