“Hunt”, the fourth album of Ukrainian Death-Thrashers HELL:ON, is out now on newly formed British record label FERRRUM.COM. To celebrate its release the band proudly presents the song “Slaughter Smell” which features a guest appearance of Andy LaRoque (KING DIAMOND). The track is available for streaming now at this location: https://soundcloud.com/ferrrum/hell-on-slaughter-smell.

Thrash up the world! 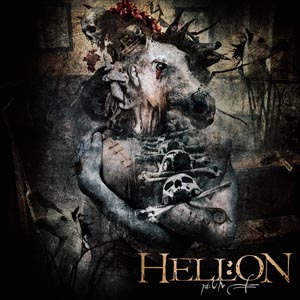 Some press comments about “Hunt”:

LORDS OF METAL (NL) – “The compositions are top-notch and the production is razor-sharp!”

METALHEAD (IT) – “Very effective and engaging!”

SPARK MAGAZINE (CZ) – “”‘Hunt’ builds up and even expands on the previous album!”