Hellwell‘s Beyond the Boundaries of Sin, the highly anticipated project led by MANILLA ROAD’s Mark “The Shark” Shelton, will be released on September 23rd on Shadow Kingdom Records. Label owner Tim McGrogran had this to say about the release:

“MANILLA ROAD is the most consistent band of all time. They have proven year after year and album after album that they are even more consistent than IRON MAIDEN. Mark Shelton has so much music inside of himself he started a new band called HELLWELL. HELLWELL is basically a MANILLA ROAD sounding album with DEEP PURPLE-esque keyboards and dark and horror lyrical themes. This is album is HEAVY as hell.”

Stream “The Strange Case of Dr. Henry Howard Holmes” at this location.

Beyond the Boundaries of Sin can be ordered directly through Shadow Kingdom Records by visiting the following link: http://shadowkingdomrecords.com/index.php?action=label 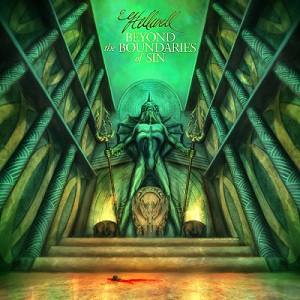 1. The Strange Case of Dr. Henry Howard Holmes
2. Eaters of The Dead
3. Keeper’s of The Devil’s Inn
4. Deadly Nightshade
5. Tomb of The Unnamed One
6. The Heart of Ahriman
7. End of Days

Hot News: Hellwell’s Beyond the Boundaries of Sin Out Now on Shadow Kingdom Records