Things kicked off when it became obvious that Attempted Life and its music should be free of limitations and inhibitions of any kind. Because of that some people disappeared, some vanished and some could not say shit. The right ones remained, however. After stabilizing a solid line-up, the band wrote and recorded their first release, “Pangaea EP“. The five-track EP gives a good starting point to what the band is about musically. Few can deny that the truth does not lie in juicy riffs and ripe beats.

In august 2012 the band shot its first music video for the song “Icy Icers“, which immediately caught the attention of finnish media and youtube experts. The video also captures some of the energy that is present in the bands live performances

Like a toothless dog biting like the lies of an ex-wife slitting throats with a dull knife. 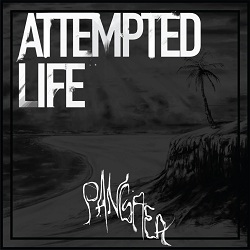