Today, Noisey (Music by VICE) premieres the exclusive new video for HEXVESSEL‘s “His Portal Tomb.” The song hails from HEXVESSEL‘s second and latest album, No Holier Temple, released last week by SVART RECORDS. With all music and lyrics written by vocalist/mastermind Mat McNerney, the video for HEXVESSEL‘s “His Portal Tomb” was directed by Marja Konttinen for Brutal Gardener, with source material from “Lot In Sodom” (1933) by James Sibley Watson. McNerney explains the concept behind the “His Portal Tomb” video: “Images and inscriptions on Egyptian coffins magically place the mummy of the deceased at the centre of a miniature version of the universe. The body as a way in and out of existence. The tomb as a portal. Our mortal prison, where we’re to endure the wrath of god and the punishment of angels. Jude 1:7 records that both Sodom and Gomorrah were ‘giving themselves over to fornication, and going after strange flesh, are set forth for an example, suffering the vengeance of eternal fire.’ I wonder what the sarcophagus would tell us, if he could recall his life of earthly pleasures?” The video for HEXVESSEL‘s “His Portal Tomb” can be viewed exclusively here: http://noisey.vice.com/music-video-premieres/hexvessel—his-portal-tomb–official-video 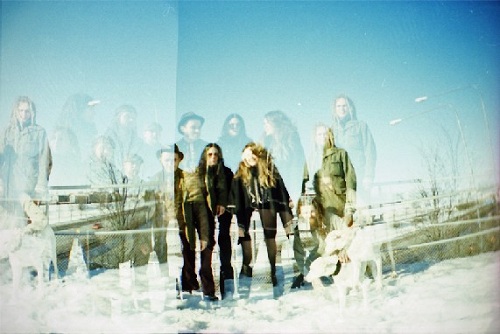 HEXVESSEL‘s No Holier Temple fuses the acoustic ’70s folk vibe of its critically acclaimed Dawnbearer predecessor into a more psychedelic, electric, doom-folk sound with Manzarek-like keys, screeching & rhythmic Velvet Underground violins, Miles Davis trumpets, and hypnotic freakouts. Weaving the uncanny songs together are the narrative vocals of Mat McNerney – who on this album has matured into the bastard child of Burke Shelley, young Jon Anderson, and Paul Simon – and inspired by the progressive, spaced-out haze of bands like Amon Düül II, Van Der Graaf Generator, and Ultimate Spinach – whose song “Your Head Is Reeling” they cover with religious abandon – their sound now expands outward from their eerie, signature, ritual-esque intros into a genre-twisting cauldron of otherworldly rock and the late-night, dreamy spoken-word of artists such as Jim Morrison (An American Prayer) and Ken Nordine.

The front cover (below) is by the artist Bastian Kalous and represents the reverence to the native forest and nature that HEXVESSEL wish to raise awareness and preservation of. The themes of the album “are inspired by the work of great men like Scottish-American naturalist and preservationist John Muir and more recent radical environmental advocates Dave Foreman and Howie Wolke,” discussing the definition of what makes something holy and sacred.

Frontman and founder Mat McNerney says of the album: “The songs were written specifically to be channeled by a group. This is the sound of a cult, all focused on summoning the same magic, joined in prayer, haunted by the same demons. We actively pushed for a new way to evolve our sound. I purposely strove to make this album a calculated move-on from Dawnbearer. This isn’t about using symbols of the occult. This is about a way of living that returns the old gods to their rightful place. We’re a family that worships nature through word and sound. We hope you will join us.”

About Noisey
Noisey.com launched in March 2011 at SXSW and is dedicated to uncovering the best new bands and music scenes from around the world. To date, Noisey teams around the world have profiled hundreds of bands from 11 different countries, in more than 700 captivating original episodes. On YouTube, Noisey offers music fans the most extensive slate of original online music programming to date, covering not only the artists that matter most, but the trends and opinions that make up today’s music culture.

About VICE
VICE is a leading global youth media company operating in over 34 countries, and includes the world’s premier original online video destination, VICE.COM; an international network of digital channels; a television production studio; a record label; an in-house creative services agency; and a book-publishing division. 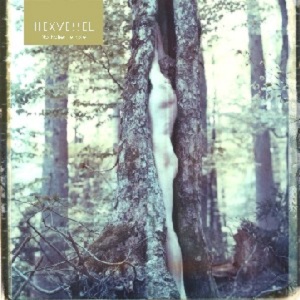