HEXVESSEL‘s No Holier Temple fuses the acoustic ’70s folk vibe of its critically acclaimed Dawnbearer predecessor into a more psychedelic, electric, doom-folk sound with Manzarek-like keys, screeching & rhythmic Velvet Underground violins, Miles Davis trumpets, and hypnotic freakouts. Weaving the uncanny songs together are the narrative vocals of Mat McNerney – who on this album has matured into the bastard child of Burke Shelley, young Jon Anderson, and Paul Simon – and inspired by the progressive, spaced-out haze of bands like Amon Düül II, Van Der Graaf Generator, and Ultimate Spinach – whose song “Your Head Is Reeling” they cover with religious abandon – their sound now expands outward from their eerie, signature, ritual-esque intros into a genre-twisting cauldron of otherworldly rock and the late-night, dreamy spoken-word of artists such as Jim Morrison (An American Prayer) and Ken Nordine.

The front cover (below) is by the artist Bastian Kalous and represents the reverence to the native forest and nature that HEXVESSEL wish to raise awareness and preservation of. The themes of the album “are inspired by the work of great men like Scottish-American naturalist and preservationist John Muir and more recent radical environmental advocates Dave Foreman and Howie Wolke,” discussing the definition of what makes something holy and sacred.

Frontman and founder Mat McNerney says of the album: “The songs were written specifically to be channeled by a group. This is the sound of a cult, all focused on summoning the same magic, joined in prayer, haunted by the same demons. We actively pushed for a new way to evolve our sound. I purposely strove to make this album a calculated move-on from Dawnbearer. This isn’t about using symbols of the occult. This is about a way of living that returns the old gods to their rightful place. We’re a family that worships nature through word and sound. We hope you will join us.” 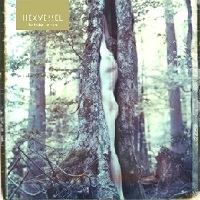 ***HEXVESSEL’s No Holier Temple will be released on September 14th, 2012 through SVART RECORDS on CD, double LP and digital format***