Originating from Cracow/Poland artrock/ambient/alternative band HIPGNOSIS will soon have it’s studio albums released on vinyl. One of the most fascinating acts of progressive scene announes the release of studio discgraphy in October via Audiocave label (which recently released Alternative 4 debut album by the band of Duncan Patterson (ex-Anathema)). Both albums will be released in form of exclusive limited box containing three 180-gram vinyls and a enchanced booklet including paitings of Tomasz Sętowski, who created the artwork of “Relusion“, latest album of Hipgnosis. First LP will include debut album “Sky Is The Limit” from 2006, with exclusive instrumental version of song “Ummadellic” with violin parts. Other two LPs will contain second studio album “Relusion” released at the end of 2011. 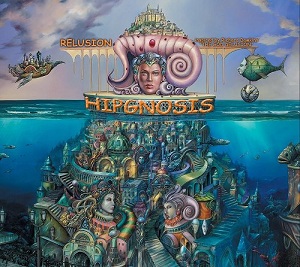 Audiocave is a company not focused on profit but mostly on quality – both when it comes to packaging and repertoire – explains SeQ, drummer and founder of Hipgnosis. I’ve always dreamed of our albums released on vinyl and the time has finally come. Audiocave will release 300 strictly limited boxes. This is the perfect partner for this release, we wouldn’t be ablt to afford it on our own.

The latest album od HIPGNOSIS entitled “Relusion” was released at the end of last year via Hipgnosis-Art (distributed by Rock Serwis) and gained general acclaim, chosen on the 5th place of best albums from 2011 by Noc Muzycznych Pejzaży, most respected radio show woth progressive music in Poland.
Recently one of the keyboard players, ljon was forced to leave the band due to professional responsibilities (he is a nuclear physicist working for CERN in Genewa, Switzerland). However we were joined by Little Raven, my dream-come-true guitar player, whose style reminds of Pink Floyd’s David Gilmour. He was already a session member during “Relusion” recordings and played two songs that completely amazed me. Now he joined Hipgnosis on regular basis, we’re already working on the first song which will possibly open the upcoming album – adds SeQ.