Longtime friends and members of some of the most beloved hardcore punk bands of the 2000’s, rock and roll up-and-comers HOLY FEVER are no strangers to the music world.  The band features a bi-coastal lineup, including Suicide File frontman Dave Weinberg (lead vocals), Malbec’s Samantha Barbera (bass and vocals), Give Up The Ghost’s (American Nightmare) Brian Masek (guitar), Neeraj Kane (guitar) of Hope Conspiracy and Suicide File, and The Explosion’s Andrew Black (drums).  HOLY FEVER are are excited to announce their new EP, available from LifeLine Records on January 3rd, and first shows as a band this coming weekend.

HOLY FEVER‘s self-titled EP features three songs that hark back to the 60’s rock and roll movement, alongside sweeping harmonies and duetting female vocals that juxtapose the frontman’s gritty voice and politically infused lyrics.  “Rat’s Feet Over Broken Glass”, the first track on the EP, gives you all the vitality you love about punk with an unapologetic pop sensibility.  Check out the track streaming now at www.Facebook.com/HolyFever.  “The Lincoln Brigade” and “All That’s Best of Dark and Bright” are also on the Holy Fever EP, and cement the band’s delivery of a sound that is pissed and unmistakably punk, while remaining catchy. 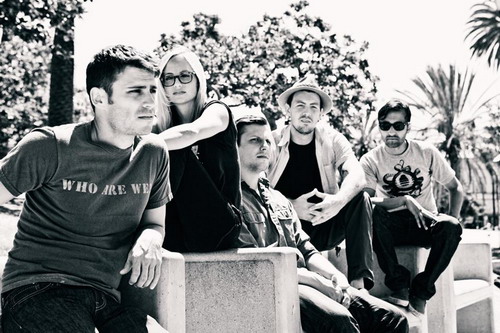 The Holy Fever EP will officially be available on January 3rd, but LifeLine Records will launch pre-orders on December 5th at www.LifeLineRecords.net.  The first pressing will be 500 7inches, with 150 as solid orange vinyl and the remaining 350 as blue, black and white swirl vinyl. Each 7inch order will include a digital download as well.