At this point it would perhaps be entirely fair to consider Will Haven in possession of legendary status. Forming in 1995 and releasing classic albums including ‘El Diablo’, ‘WHVN’ and ‘Carpe Diem’, not to mention having shared the stage with the likes of Coalesce, Vision of Disorder, Neurosis, Slipknot, Earth Crisis, Dillinger Escape Plan and Deftones, Will Haven really have done it all. Until they returned…

Back with ‘Voir Dire’, their first album in 10 years with Grady Avenell on vocals, Will Haven have taken a darker, deeper, hell-tuned direction. Building upon the band’s sonic history, this is by far the biggest, most ominous, riff-laden Will Haven album to date. The album also marks the debut of Chris Fehn (Slipknot) within the band’s ranks on bass. Which is pretty cool.

But besides all of these facts, I feel honoured to be giving this album its only vinyl release. Having been a fan of the band since the release of ‘El Diablo’ in 1997, it is an absolute privilege to be working with one of the favourite bands of my childhood, who greatly influenced both my musical taste and musical path.

With re-tooled artwork by Bear Face, deluxe vinyl packaging and 3 vinyl colours available, this really should be one of the highlights of Holy Roar so far. 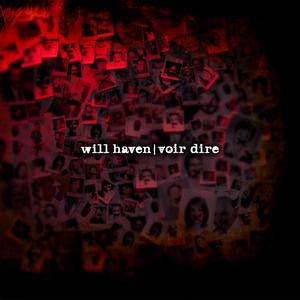