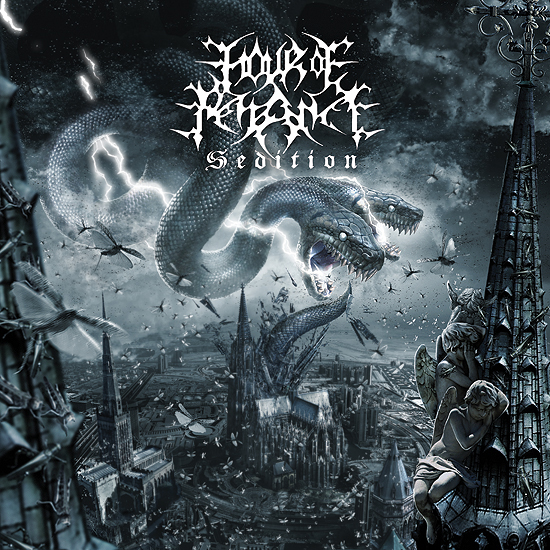 Italian death metal band HOUR OF PENANCE have announced “Sedition” as the title of their Prosthetic Records‘ debut, and fifth album overall. “Sedition” will be released March 27 in North America, April 2 in the UK and April 6 in mainland Europe. The album was recorded at Cellar Studio in Rome with producer Stefano Morabito and is the follow up to 2010’s acclaimed “Paradogma” (Unique Leader), which Decibel described as:

The band will hit North American shores for the first time the week of release, to support The Black Dahlia Murder, Nile and Skeletonwitch on a full U.S. tour, which includes a stop at the New England Metal and Hardcore Festival. Pre-order the CD on its own or along with a T-shirt or hoodie now at the Prosthetic Store.

Forged in the dark shadows of “The Holy Capital,” this most unholy of quartets have steadily been making a name for themselves as one of the most intense, talented and impressive — both in the studio and live onstage — modern death metal bands around. 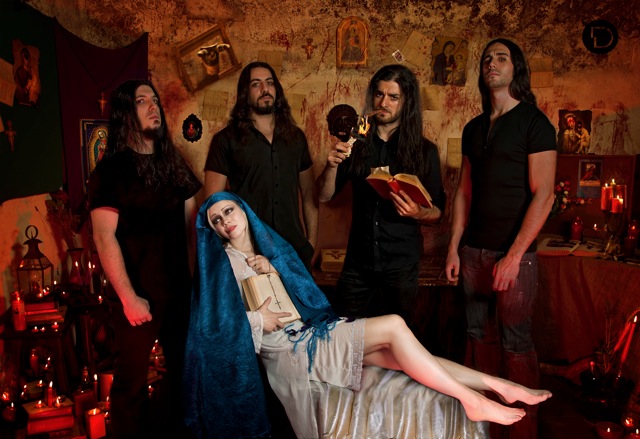 Unleashing a tour de force in maniacal death metal brutality, a celebration of music in its darkest and most inhuman form and with a brand new worldwide signing to Prosthetic Records, HOUR OF PENANCE have ascended to an even greater height of precision and savagery. Every population has its cancer, every movement its enemies. Be the wolf amongst the flock. Embrace the barbarity!