On the 26th of January 2012, House of Shakira threw a release party to celebrate their new album“HoS”. The album has received stunning reviews and the band proved why, as hundreds of old and new fans showed up and supported them at Pub Anchor in Stockholm, Sweden.

House of Shakira performed the majority of the album live, and the CD was sold at very special price.

Also previous members showed up and shared the evening, such as Andreas Eklund, Per Schelander Tony Andersson, Bernt Ek and Michael “Zifa” Ericson. The band enjoyed signing the CD, talking to the guests and actually had a beer or two…

Andreas Novak comments, “It was a pleasure to meet and greet new and old fans, especially to talk to some of the guys that was in the band way before me. Trying out the new tracks live, in front of an enthusiastic crowd was a real kick, thanks everybody that showed up!”.

Whilst founding member Mats Hallstensson added, “We were a bit nervous of how people would react on the “new HoS” but everything went fine and it was a great evening. It was very fun playing with the newcomers, I really enjoyed myself.” 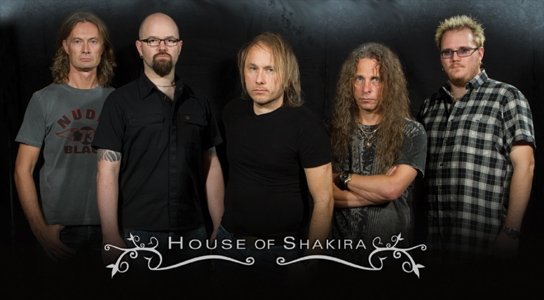 With new reviews continuing to come in with many calling “HoS” a very strong contender for “melodic rock album of the year” 2012 is looking like a bumper year for the band.