Ann My Guard was formed in Budapest in 2007, and although they have not yet made their first full length album, they did their first EP, Cinderella’s Syndrome, in 2010. Their material has not been officially released through a label before, but they have already worked with the most professional people out there. They got the opportunity to record the Doll Metal EP in the hungarian studio «Super Size Recording», with the country’s most successful and acknowledged rock producer Zoltán Varga. Ann my Guard is a member of the Czech «SB Productions team», who books shows abroad. In the summer of 2012, they got the opportunity to do several festivals in the Czech Republic besides the shows in Hungary. 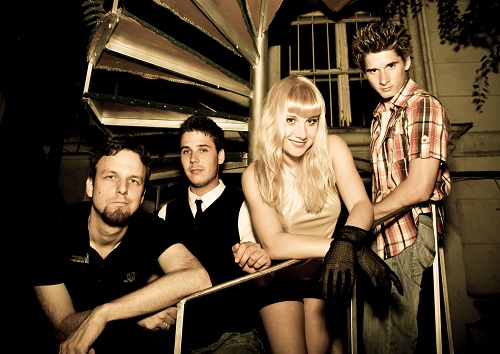 Doll Metal EP is scheduled for release right before christmas this year. Furthermore, Ann my Guard’s plan is to record their first full lenght album in February 2013, as well as doing some gigs abroad. “Ann My Guard represents an interesting part of the metal genre, and we believe their tracks can be made popular in the northern parts of Europe. They have a commercial and tight sound, they write their own material, have ambitions and they show a great deal of business wiseness through their own fan interaction. We also see some extra opportunities in this, as we already have the hungarian band Angertea in our family. So our role in this, is to be a helper in their abroad distribution and promotion”, label owner Jon Berntsen says.