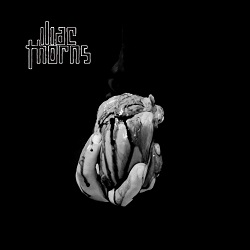 Iliac Thorns is a melodeath group hailing from Kotka, Finland. The band was formed in the summer of 2010 by Samu, Ilkka & Antti after they found a mutual ambition in music. Finding a bass player was more of a challenge and first year IT remained as a trio until Jere was found behind some bush in the summer of 2011.

Even thou IT plays melodic metal of death, their music isn’t meant to sound like this faceless mainstream genre, what melodeath has unfortunately become over the years. In guitar riffs you can hear the sound of mid 90?s melodeath mixed to their distinctive “blackish” expression. Also the production, song writing and vocal performances has taken reflections of raw and extreme black metal, as this side is also important to some IT members.

Iliac Thorns self-released EP named Prevailing Shapes of Hell in winter 2012 and it received good feedback from media and the listeners and this lead to a decision to record a debut full-length album in co-operation with Inverse Records. Album, simply named IT, contains 8 songs of blackened melodeath which attacks the core of listeners like a ton of black sludge. The release date will be May 20th in Finland and June 26th in the rest of the world.