The second promotional video from the Danish old-school thrash act IMPALERS have now been released. This time around the band releases a lyric video for the title track of their debut album “Power Behind The Throne”, out now via HPGD Productions. 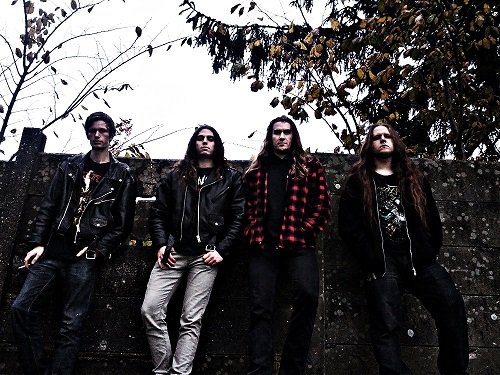 Singer and frontman, Søren Crawack, had the following to say about the video:
“It was pretty much the obvious choice for a lyric video. I mean, the song stands for itself, I’d say, but if you make a lyric video, then you need a song that has lyrics worth exposing. With this song we felt we had more of a message than perhaps any of the others, and it also ties in really well with the artwork for the album, which we then used as the background art for the video. It turned out pretty good, and I hope people like it.”

Impalers have just returned from their summer break after a triumphant show at Denmark’s largest metal festival, Copenhell, alongside Danzig, King Diamond and Down, recieving praising words from none other than a certain Jason Newsted for their performance. The band will spend the rest of the year gigging and touring in Europe and their native country, and early next year they will start focusing on a follow-up album to Power Behind The Throne.

Watch the lyric video for the title track “Power Behind The Throne” here: http://www.youtube.com/watch?v=Dyz3PxFDt74 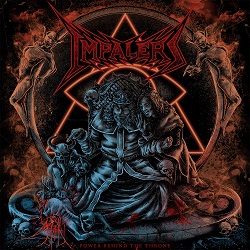 ”Power Behind The Throne” can be found at the labels shop amongst many other metal shops.