The last time we checked in about INCOMING CEREBRAL OVERDRIVE, we announced their anticipated new album, Le Stelle: A Voyage Adrift, which is now confirmed for released worldwide on May 7th via Italy’s Supernatural Cat Records. Now we can proudly reveal the track listing and incredible cover art created of course by Malleus Rock Art Labs. 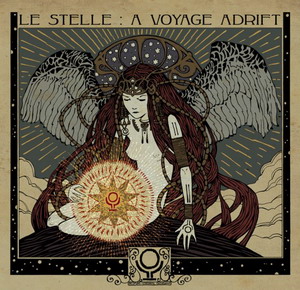 INCOMING CEREBRAL OVERDRIVE first emerged with their debut Cerebral Heart (Myphonic Records, 2008) which was characterized by a ferocious energy that has stayed with them to this day. However it was their union with Supernatural Cat and the 2009 albumControverso where they defined and honed their unique sound into something all the more dynamic. Their style on one hand was contemporary, heavy, furious and dirty, whilst also acknowledging and embracing Italy’s progressive musical past. Controverso really was the first step in a more focused direction.

The end of the first decade of the new millennium marks a new step in the evolution of I.C.O. The title of the new chapter is: Le Stelle: A Voyage Adrift. The concept, an imaginary, dark and lonely trip adrift discovered in a diary. Emotions of fear, anger and irrational excitement are expressed, waiting for a certain epilogue into desolation, a final annihilation in a cosmic fusion. 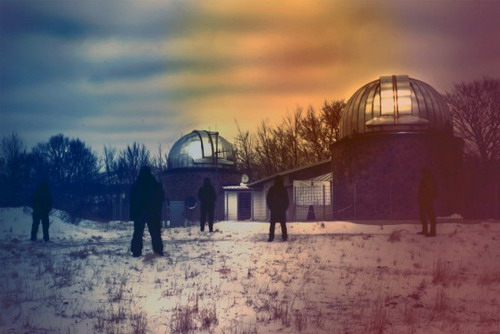 Sonically, this new album is a journey that intersects and expands in a huge, deep and at times, claustrophobic monolith. Heavy cavernous guitars with back-breaking riffs, multifaceted, effect laden vocals and rhythmic notes plunge into a psychedelic mix of unpredictable sounds of distress and madness that we, the recipient, can only succumb to.
The album ultimately analyses the irrational, insane feelings of the man who face a journey toward the unknown. A diary has been found, but we can’t say anything more than what’s written inside. Impossible to identify the places (real or not, who knows) that he explored, what shines through his words are his fears, sensations and frustrations fed by a sense of belonging to a chaotic, uncontrollable, and compromised whole.
The participation of Urlo and Poia of Ufomammut, both during the composition and the recording sessions opens the project to a new light. Recorded in Rome at Locomotore Studio by Lorenzo Stecconi,  soundlord for such important outfits as Ufomammut and Lento.