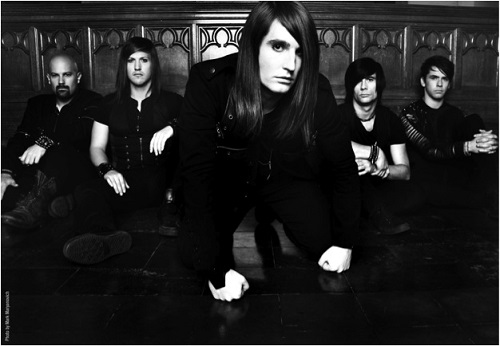 Canadian theatrical hard-rockers Incura are extremely pleased to announce the release of their self-titled debut album on the 24th February 2014 through InsideOutMusic. Vocalist Kyle had this to say: “I’m beyond thrilled to have our album being released in Europe in February on InsideOut/CenturyMedia where talent and progressive rock is king! We can’t wait to bring Incura’s music to the European fans!”

Check out a lyric video for the track ‘Get The Gun’ here for a first taste of what to expect from the band: http://youtu.be/HRtGQnSSvqQ

Genre-hopping across many different styles of hard rock and clearly inspired by the love of theatre, Incura takes you on a thrilling and adventurous ride. Their influences are an impressive, cross-cultural mix of the expected and the unexpected. Savage, crunching metal grooves segue into technical prog-rock prowess; classic rock arrangements nestle alongside operatic drama.