Blackened death metal act INFERION has inked a deal with badGod Music, home to a diverse array of underground acts such as brutalists NEVER TO ARISE and avant-garde metal entity TRILLION RED. INFERION’s badGod debut, This Will Decay, will come in early 2013. More details to come.

Earlier this year, INFERION self-released The Desolate, along with Aborted by the Sun, which was originally recorded by band mastermind Nick Reyes in 2003, and the Palingenesis EP, which dates back to 2004.

All three titles and more are available at inferion.bandcamp.com. 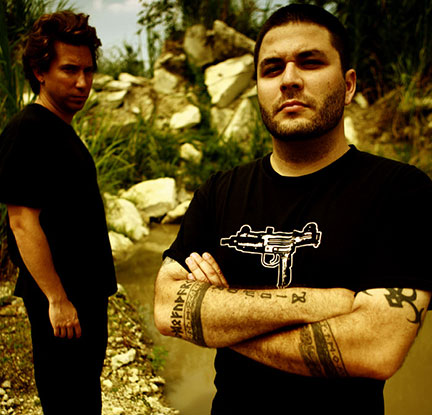 Inferion is a Black Metal band from Miami, FL formed in 1996. They began writing raw Black Metal and released their first album Infinite Dying Souls in 1998. In 1999 they released Given to the Ground with a new line-up. The style of this album was low tuned mid paced Death Metal. They distributed it and played shows to support the album. In 2002, The Cursed Path was released with a new line-up. This release was a continuation of the band’s original writing style. In 2003 Inferion released Firewar. It was well received among the distros, fans, and college radio stations. It was raw, fast paced Black Metal. Inferion played various noise shows in Europe to promote the album. Frank Gross (ex- Kult ov Azazel) and Armando Martinez (Heaven Ablaze) joined the line-up to rehearse new material and perform live. They began writing new material for The Desolate in 2005 as a four piece. Heaven Ablaze and Inferion released a split in 2005 entitled The Art of Blasphemy. Over the next couple of years, Nick Reyes’ other musical obligations as well as his obligation with the Army delayed the release of the album. The Desolatewas released in 2012 along with two other albums Aborted by the Sun and Palingenesis which were written previously but never released.