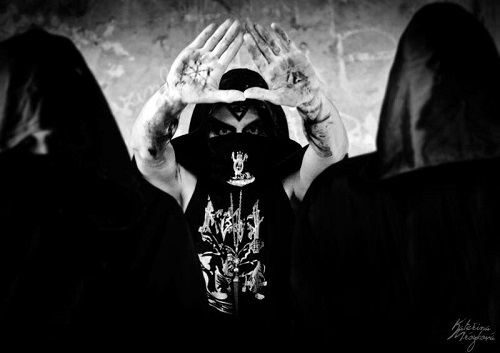 The Czech Grammy Awards have nominated INFERNO‘s latest album “Omniabsence Filled By His Greatness” in the best Hard & heavy music category. The 23rd annual ceremonny of “Ceny Anděl” will be held on April 14th in Prague. The full list of nominees is available at: http://www.cenyandel.cz/news/nominace-zanrove-ceny-akademie-popularni-hudby-cen-andel-2013

Besides INFERNO, two other artists have been nominated in the same category. Our heartiest congratulations and best of luck to the band!

By unifying elements that make black metal special, INFERNO set out on a tumultuous journey towards their own massive sounding. The band took a leap forward over their previous release, “Black Devotion” (2009). Dissonant passages go now hand in hand with a delicate use of psychedelia, the compositions became more demanding. While straightforward black metal and melodic riffs are still present, “Omniabsence Filled By His Greatness” (out now) gained in terms of quality, atmosphere and song-writing. The full album can be streamed at: http://agoniarecords.bandcamp.com/album/omniabsence-filled-by-his-greatness