The maniacs over at InvisibleOranges.com are currently streaming a tune off of Colossal Hole, the upcoming 10″ vinyl release from COFFINS. The record is set for an August 20th release on Horror Pain Gore Death Productions, but you can check out a demo version of the track “Hellbringer” right now at this location.

This Deluxe Edition is limited to 500 hand-numbered copies on Black Night vinyl and comes with a set of two barf bags and a pair of numbered event style tickets. 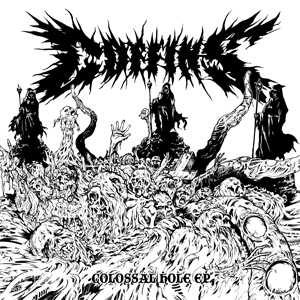 COFFINS make their triumphant return to Horror Pain Gore Death Productions for a special, one time only pressing of Colossal Hole on limited, deluxe edition 10″ vinyl! This sickening release features raw pre-production demo tracks from their Relapse Records debut The Fleshland, and was previously only available as a limited cassette direct from the band. Colossal Hole is COFFINS in their finest form… even heavier and more punishing than ever heard before!

WARNING: Horror Pain Gore Death Productions and Coffins assume no responsibility for health problems that may arise while entering the Colossal Hole… No savior can rescue you from the Hellbringer!!!!!!!! 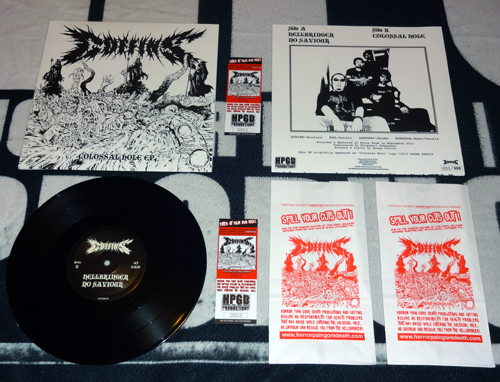 You can pre-order your copy for only $15 with free shipping at: http://www.horrorpaingoredeath.com/store/hpgd070.html.