British progressive rock legend IQ will release their tenth studio album on the 16th of may. The Road of Bones, contains five tracks with a running time of about an hour. Preview critics see the album in true tradition of britain´s longest running prog-band, but as well more edgy and heavy than its forerunner, the highly acclaimed Frequency (2009).
The album will come in single cd format as well as an Special Edition, containing the main album, a second cd with another hour of brand new IQ-music and extended artwork.

IQ are about the feature The Road of Bones live on these occasions with more dates to be announced: 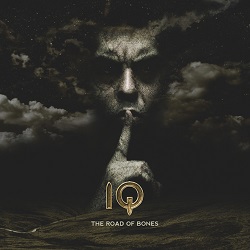