Iron Knights prepare for a busy schedule this year including live work and further recording.

Shows confirmed so far include:

More dates to be confirmed

Visit the website for all the latest news and tour dates: www.ironknightsband.com 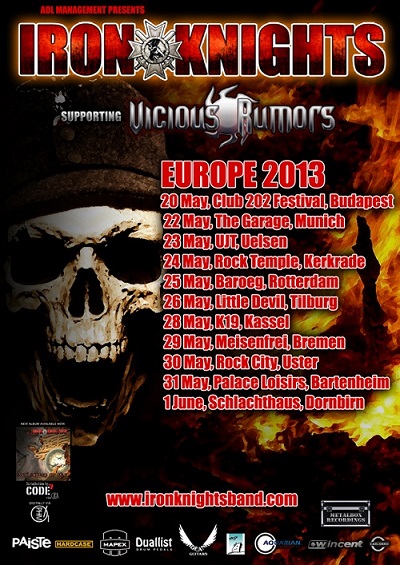 Hot News: Iron Knights is the new name for the band previously known as Stuka Squadron