The group is currently in the midst of recording their highly anticipated sophomore full-length with guitarist Phil Hall at Blaze of Torment Studios in Richmond, VA and will be self-producing the record before sending it off for mixing with Converge’s Kurt Ballou. A fall release is expected via Relapse Records.

Vocalist Tony Foresta commented on the signing and the new material:  “I’ve always wanted to work with Relapse for years. Their reputaion of releasing so much great underground music speaks for itself. We are all extremely excited about signing with Relapse and putting out this rager of an upcoming record. Having Kurt Ballou on board mixing is just the icing on he cake. We are about 75% done tracking the record here with Phil in Richmond and between this and the rad tours we have coming up its looking to be a very exciting year. I couldnt think of a better label to put this record out on and am really looking forward to a long future with Relapse.” 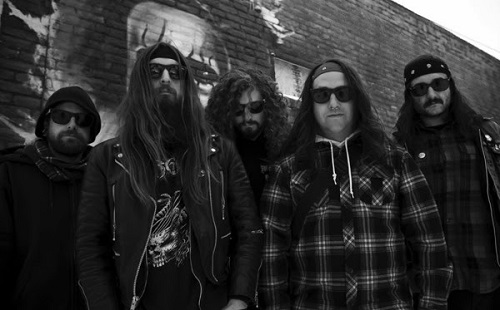 In their short time as a band, Iron Reagan have already released a demo EP, full-length via A389 Recordings, and a split with Exhumed via Tankcrimes. Their debut full-length Worse Than Dead can be streamed in its entirety via Bandcamp at this location.

Additionally, the band is about to hit the road this Sunday on a seven week run that will take them to SXSW and back and includes dates with Occultist and Ghoul.

Iron Reagan – Első dal a The Tyranny of Will-ről