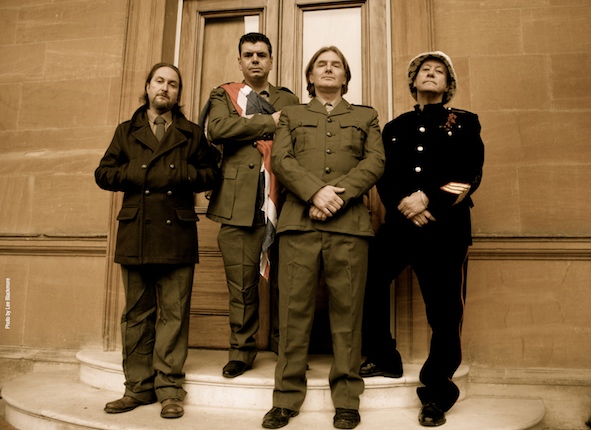 IT BITES are now giving their fans the chance to check out part I of the video content that will be included on the special edition of the upcoming album Map Of The Past, which will be released through InsideOut Music in March (GSA: March 23rd 2012 / Europe: March 26th 2012).

Inspired by the discovery of an old family photograph, Map of the Past is a highly personal journey that explores love, passion, jealousy, anger, remorse and loss through the eyes of a previous generation against the backdrop of Britain as it enters a new century and one of the most defining periods of its history.

Written by John Mitchell and John Beck over the course of 2011, it was recorded at Outhouse Studios in Reading and features Bob Dalton on drums and Lee Pomeroy on bass.

Pre-order Map Of The Past now at the InsideOut Shop, for example as special edition: http://www.insideoutshop.de/Item/It_Bites_-_Map_Of_The_Past_-Special_Edition_2CD-/15682