The Swedish progressive folk-rock-fusion-band KAIPA recently recorded a new album, called “Vittjar”, set for release on August 27th 2012 Europe and August 28th 2012 US on Inside Out Music. The unique music of KAIPA constantly continues to evolve but no matter what direction it takes it always carries a profound breath from the innermost depths of the ancient Swedish primeval forest. This time they even use the Swedish language in the title track to further express and stress these close bonds with their mother country.

Seemingly at odds with the warmth of the music, Vittjar was made using several different studios, with the musicians recording their parts separately. As the motor of the band, Lundin called the shots with regards to how the songs were assembled, giving credence to the old school belief that present day technology – no matter how useful it may be in the studio – is no substitute for experience. Lundin is as experienced as they come, having recorded his first single in 1965.

Vittjar ultimately puts Kaipa outside the genre box. Or perhaps the album gives new and true meaning to the “progressive” stamp. It’s a label that Lundin has lived with for years, and he sees no reason to fight it even as Kaipa’s music continues to evolve.

“It doesn’t matter what we do, we’ll always be placed in progressive rock,” says Lundin.
“When I’m writing songs I actually try to avoid a traditional way of writing and playing progressive rock, but at the same time those elements are a part of me and my history. So, I hope the result is something new and fresh. Of course, the special influence of Swedish folk music helps accomplish that, and I think it grows with every Kaipa album.” 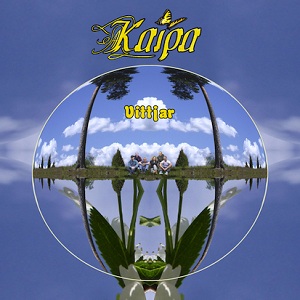