Kaotoxin Records has set September 3rd as the date on which Scorn Aesthetics from French death metallers AD PATRES will be released. Not only is AD PATRES releasing one of the most impressive debut full-lengths to date, but as the reports of the band’s live performance prowess indicate, the power AD PATRES brings to the stage is incomparable.  Most impressive is how drummer/founder and Seth member Alsvid, who has been part of so many prestigious French black metal bands in a span of 17 years, has realized such a clear vision for the perfect death metal album. Combining songwriting that is catchy and memorable with such speed and intensity is a big part of that accomplishment. Teaming with members and ex-members of Withdrawn and I.O.S.T. that’s exactly what you get with AD PATRES‘ stunning debut. Dark and twisted artwork, as well as a massive production from GOROD’s own Bud Studio, make the package complete. Recommended for fans of Suffocation, Severe Torture, Hate Eternal, and Seth.

VS-Webzine.com is currently streaming Scorn Aesthetics in its entirety at this location.

Digital pre-orders are now being taken at kaotoxinrecords.bandcamp.com.

In days the Metal scene is invaded with styles and bands where many value appearance over musicianship, it would be easy to forget that intensity and power are the roots upon which was built Death Metal. AD PATRES deals with refreshing the memory of amnesiacs. The will to perpetuate the spirit of original Death Metal led Alsvid, drummer and founder of the legendary French Black Metal band SETH, who also officiated in various bands such as ENTHRONED, or FORNICATION to surround himself with cronies sharing this point of view. 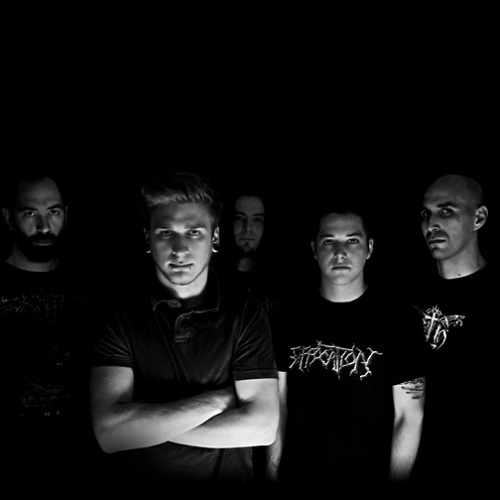 The intent is nowhere near making a tribute band or simply accumulating old-school clichés, but to bring in fresh blood, stirring up a hornets’ nest. The first recording, released late 2010, produced by GOROD’s mastermind, allowed the band to quickly immerge, making big impression and that EP led AD PATRES to open play 2011’s HellFest as well as many other gigs all around France.

Unleashing torrents of ear-catching riffs at high tempo sustained by floods of blast beats and double bass, AD PATRES provides its efficient and direct neck breaking brutality on your numb ears. Dare you face it?