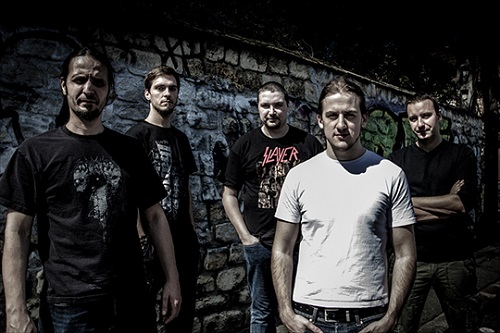 French metal juggernaut Kaotoxin Records have announced the March 11 release of Enlightening the Unknown from the recently disbanded INSAIN.

The MetalInjection.net premiere of the EP’s video trailer can be seen at this location.

The more massive and heavy a star, the faster its death, the darker its ending. No rest for the dead: INSAIN are no more, but their legacy will live forever with this new and last release, which also marked a step forward for a band that was already head and shoulders above the pack with only a debut full-length, Spiritual Rebirth, under its belt.

Subsequent to finishing the debut, drummer Jonathan “Sangli” Juré fought for more than a year in the hospital to recover from a violent car crash that cost him his life and the recruiting of new bassist Benoit “Bono” Jean (SentencE), Kaotoxin  Records would like to thank David Schonbackler, Nicolas Becuwe, Louis Lafitte, Jonathan “Sangli” Juré and Benoit “Bono” Jean for believing in the label since the very start (INSAIN was second band signed to the label) and still being great individuals and friends, as well as gifted musicians. We wish them all the best for their future projects.

Spiritual Rebirth, was such an over-the-top release in all aspects – production, artwork, brutality, catchiness, musicianship – and should have been a sign that such intensity couldn’t last for long before turning into its counterpart from the dark side: the supermassive black hole that is Enlightening the Unknown. Produced at the 16th Cellar studio (HOUR OF PENANCE, FLESHGOD APOCALYPSE), the EP adds to the band’s brutal basis a denser dose of black matter transforming the laws of gravity into a distorting mass of space and time; attracting everything around it and bringing all that is darkness to a stellar chaos with the addition of fascinating new solos and captivating dark melodies, and a new bass player, Bono. The EP brings the lower end of the sound spectrum to a whole new level of brutality and musicianship. It even features an intro and special guest vocals by none other than Daniel Neagoe of EYE OF SOLITUTDE and UNFATHOMABLE RUINATION. 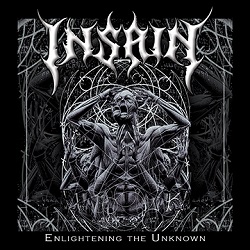 1. Abyssum Invocatis
2. Absorbing
3. The faceless one
4. Beyond stellar remnants
5. The scourge
6. Enlightening the unknown
7. Apex